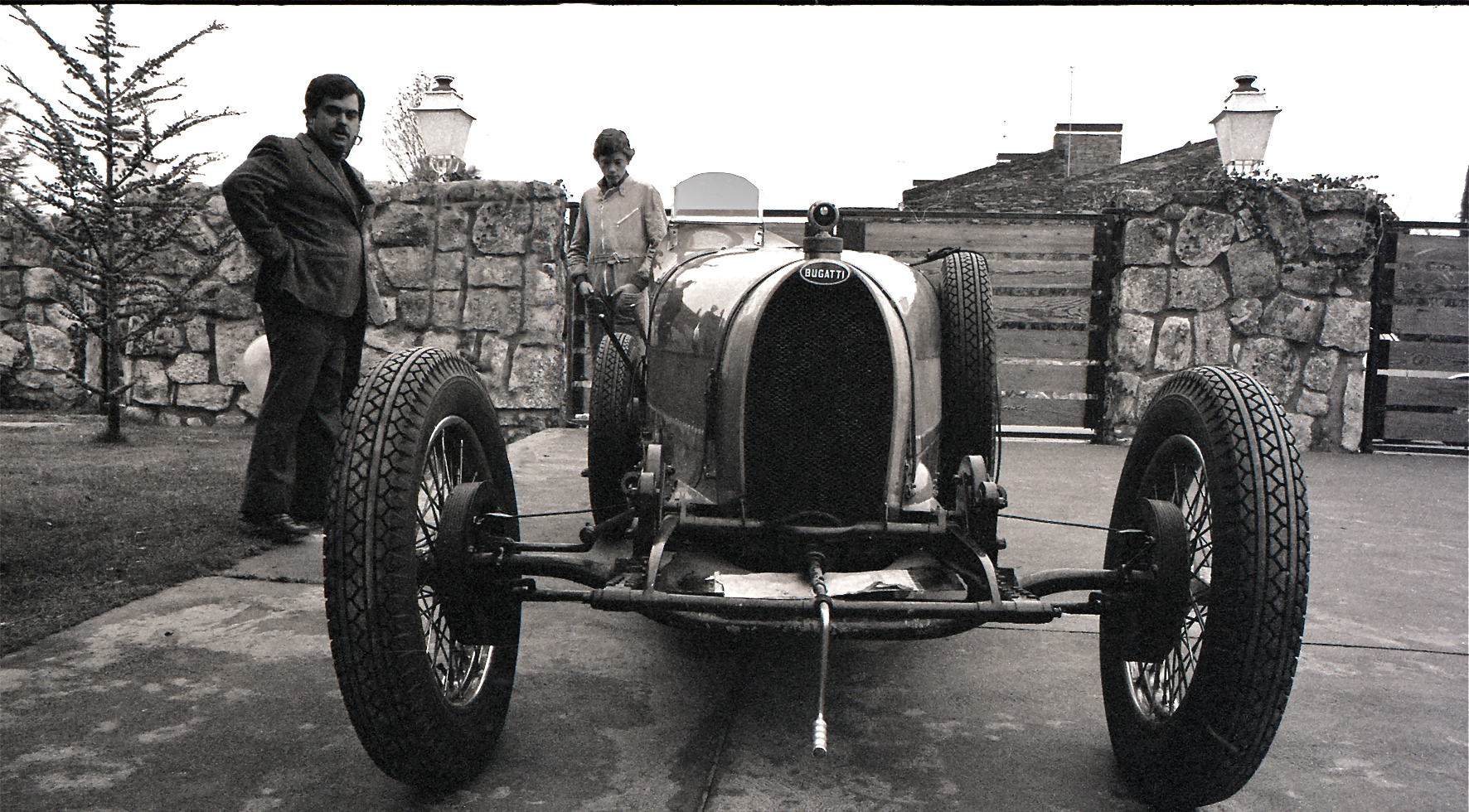 We are a company dedicated for the last 45 years to the collector cars. Francisco Pueche ‘s history is long. It was in 1967 when Paco buys a Citroen 5HP with the intention to participate in the Madrid-Benidorm rally. What initially began as a hobby soon becomes a way of life time.

In 70 we purchased 15 4-cylinder Chevrolet trucks to a junkyard on the outskirts of the capital. Several of them become fun advertising vans .

Those were also the days of the great American film productions in our country , and Paco supplied vintage vehicles for movies such as ‘ The Battle of Britain ‘ or ‘ Valentino ‘. That same year Paco married Julia and Jaime will be born soon, then Ignacio , Ana and Rafael. All have inherited their parents’ love for vintage cars. Veterauto was born in 1973 , and it was a major restoration center that  Paco created in partnership with his good friend Javier Toda. Veterauto had fourteen employees and in about ten years, over a hundred cars were restored.

At that time, Paco and Julia took part in many international rallies like the Monte Carlo Rally and attended international fairs such as the world famous Retromobile in Paris, where we had a Stand. During that time, we also manufactured many Bugatti pieces that were sold all over the world, including the legendary aluminum wheels. In 1983 Paco embarked on a martian project for the time. None other than to replicate the mythical MG TD , which is called AutoReplica ( AR ) . They were constructed entirely by hand , but the project has come to fruition and, after making twelve cars, AutoReplica was closed

After this period Paco, always helped by Julia, went back to the business of buying and selling. Both created in Madrid a small complex of a beautiful store and a spectacular garage, which was called Coupé.

Today Coupé is set to the outskirts of Madrid on a new complex of thousand square meters of exhibition, which are the delight of all the fans who are passing by, and you are always welcome. For He has made thousands of cars , of all classes and colors , good and bad , and has supplied cars to the most important collections of our country. Over the years it has maintained the family business idea . Currently Rafael is leading and Ignacio exposure has created for more than 15 years his own catering company ( www.veterauro.com ) .

The best of our story is that he still has a long journey .

These are some of the cars we have in stock. We also can restore and mantain them. If we don´t have in stock the car that you are looking for, we can get it for you.