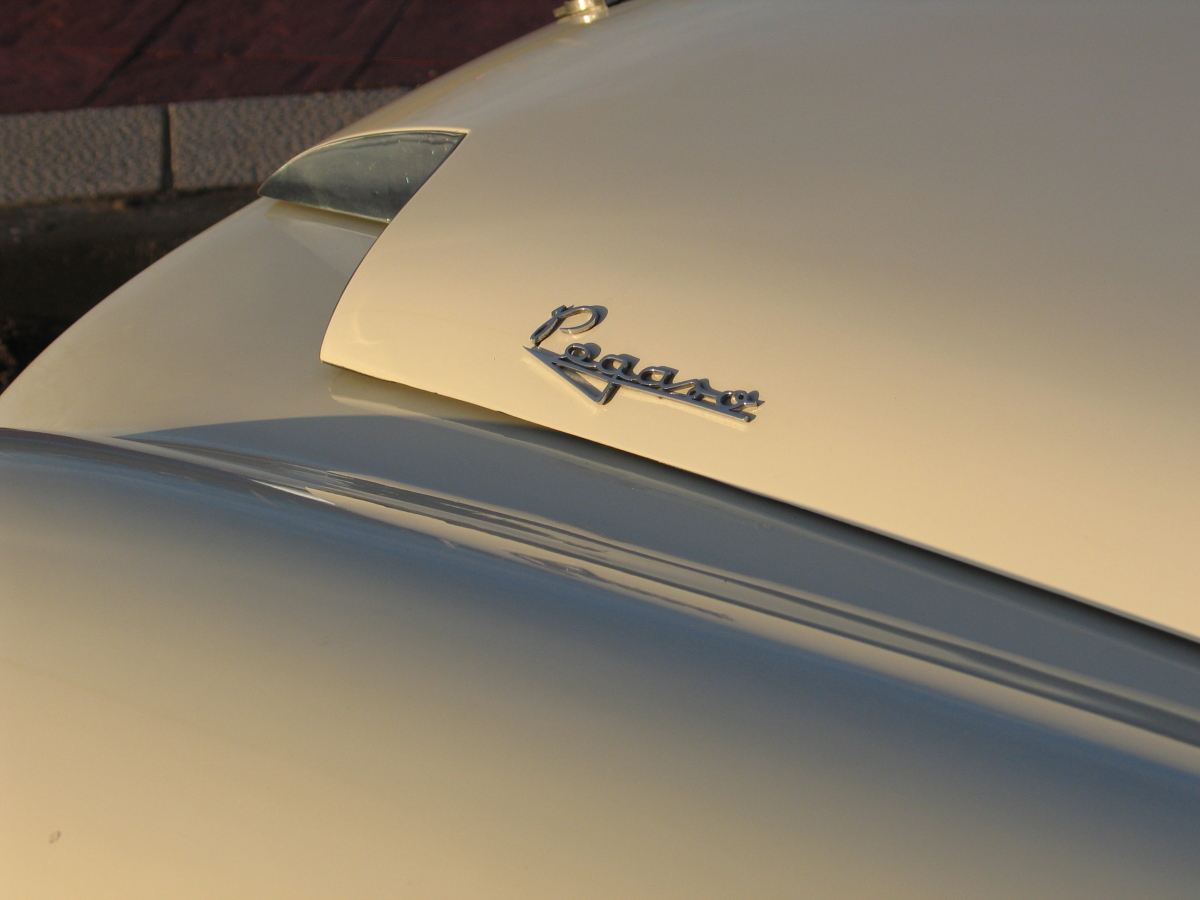 The Pegaso automobile was a supercar developed in Spain under the supervision of Enasa (Empresa Nacional de Autocamiones, S.A.), a National company dedicated to the production of buses and trucks. Under the direction of Pegaso was Mr. Wifredo Ricart, a visionary spanish engineer comming from the developing departament of Alfa-Romeo.

The idea was to create a supercar which could demostrate to the rest of the World that Spain was capable of developing the fastest road cars using their own technology. And they did it. The Pegaso Z-102 was fast, sporty and sophisticated and among its clients were kings, notable businessmans and members of the most prestigious families.

Mr. Ricart used racing technology in the design of both engine and chassis. The first prototypes used a 2,474 cc  engine, but they were soon increase to 2,814cc developing 165 bhp. The engine was a V8 four overhead camshaft  design with dry sump lubrication system attached to a five-speed transaxel transmission. There was also 3.200cc version engine. Pegaso offered a choice of one, two or four Webbers carburetors configuration.

For the chassis of the Z-102, Ricart designed a pressed steel plataform with independent front suspension and a very sophisticated De Dion-type system in the back. For the prototypes, Pegaso used Enasa to design the first bodies, but the idea was to have the best coachbuilders disigning bodies for the spanish supercar. Immediately Touring, Serra or Saoutchik were working for Pegaso in bespoke bodies in various forms.

The first Pegaso was presented at the 1951 Paris Motorshow, a Gran Turismo Berlinetta by Enasa, described by The Autocar as “a pure racing car adapted for the everyday use”.

The high costs of production involving the Z-102, joined by the financial situation of the Country, supposed the end of the project in 1958. Only 86 Pegasos Z-102 were produced and all were differents.

Our extensive experience in selling, restoration and maintenance of the mythical automobiles Pegaso, make us your best advisor.

If you are considering becoming part of the history of this exclusive spanish motorcar, we are your agent.

These are some of the cars we have in stock. We also can restore and mantain them. If we don´t have in stock the car that you are looking for, we can get it for you.